MADAGASCAR SUPPORT FOLLOWING THE PASSAGE OF THE CYCLONE

Here is the news received from Hanta and Roger RAKOTOARIJAO, responsible for the network of Christian schools in Madagascar. AESCEM, to whom we had asked for news, following the passage of the cyclone.

Thank you for your attention to us and to Madagascar.

Yes, Madagascar experienced great desolation during and after Cyclone Batsirai, as you saw in the news images. Almost the entire East Coast of Madagascar was affected except Tamatave which was truly spared by the GRACE OF GOD.

Our school (Le Bon Berger in Tamatave) is intact, except for access to the entrance to the school and the schoolyard which experiences flooding every time during heavy rains. A fairly large backfill would be the best solution, but for the moment this is impossible...

The whole family is doing well, the churches on Tamatave and peripherals as well.

Otherwise during the previous cyclone (Ana) which took place a few days before Batsirai, several families from our churches in Antananarivo, Moramanga and peripherals suffered heavy flooding. This has created a considerable loss of their resources: ravaged rice fields, water-damaged vegetable gardens and the rather small reserves they have set aside have been washed away by water currents. You should know that most of these brothers and sisters are all peasants. We have made collections within our churches to help these victims but until today the lack is far from being filled...

We also sent 2 brothers from our community to MAHANORO to see the damage during the passage of the cyclone (the first district where cyclone Batsirai wreaked havoc before traveling through the other regions).

Indeed, we have a branch of our “La Rencontre” community in this region.

The Malagasy State, the relief coming from inside and outside are all aimed at MANANJARY and the neighboring districts where there has been enormous damage and a number of victims so well that they have forgotten to also wear their look at MAHANORO. For the moment, only the Red Cross intervenes there.

After the evaluations therefore, we will decide to bring our help (mental support, encouragement, assistance of families in danger, of disadvantaged families, occupation and assistance of children until the reconstruction of schools (most of them themselves devastated)

We will inform you of all this as soon as our brothers return. The roads are mostly cut or damaged. Only motorcycles have access for the moment.

This is our news.

Our email is a bit long but it is also a great relief for us to be able to share our burdens with you.

Pray especially for wandering children. The problem of pedophilia and rape is starting to grow in Madagascar.

You can make a donation to the Mathurin Cordier Network, specifying that it is for the Madagascar support action. 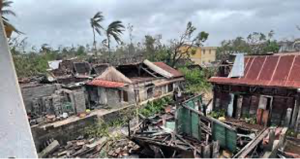 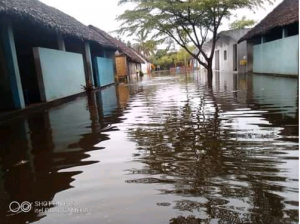 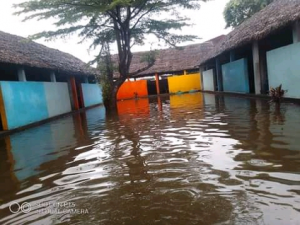